According to College Board, students at a four-year public higher education institution, like Texas Tech, spend, on average, $1,250 annually on books and supplies.1

And the National Association of College Stores states in their “Higher Education Retail Market Facts & Figures” that the average price of a new textbook increased from $58 in the 2011-12 school year to $80 in the 2015-16 school year.2

But how high are these numbers? These costs can be put into context when looking at the Consumer Price Index (CPI) for the past 10 years.  The CPI for college tuition and fees is significantly higher than the university CPI, and the CPI for textbooks is even higher: 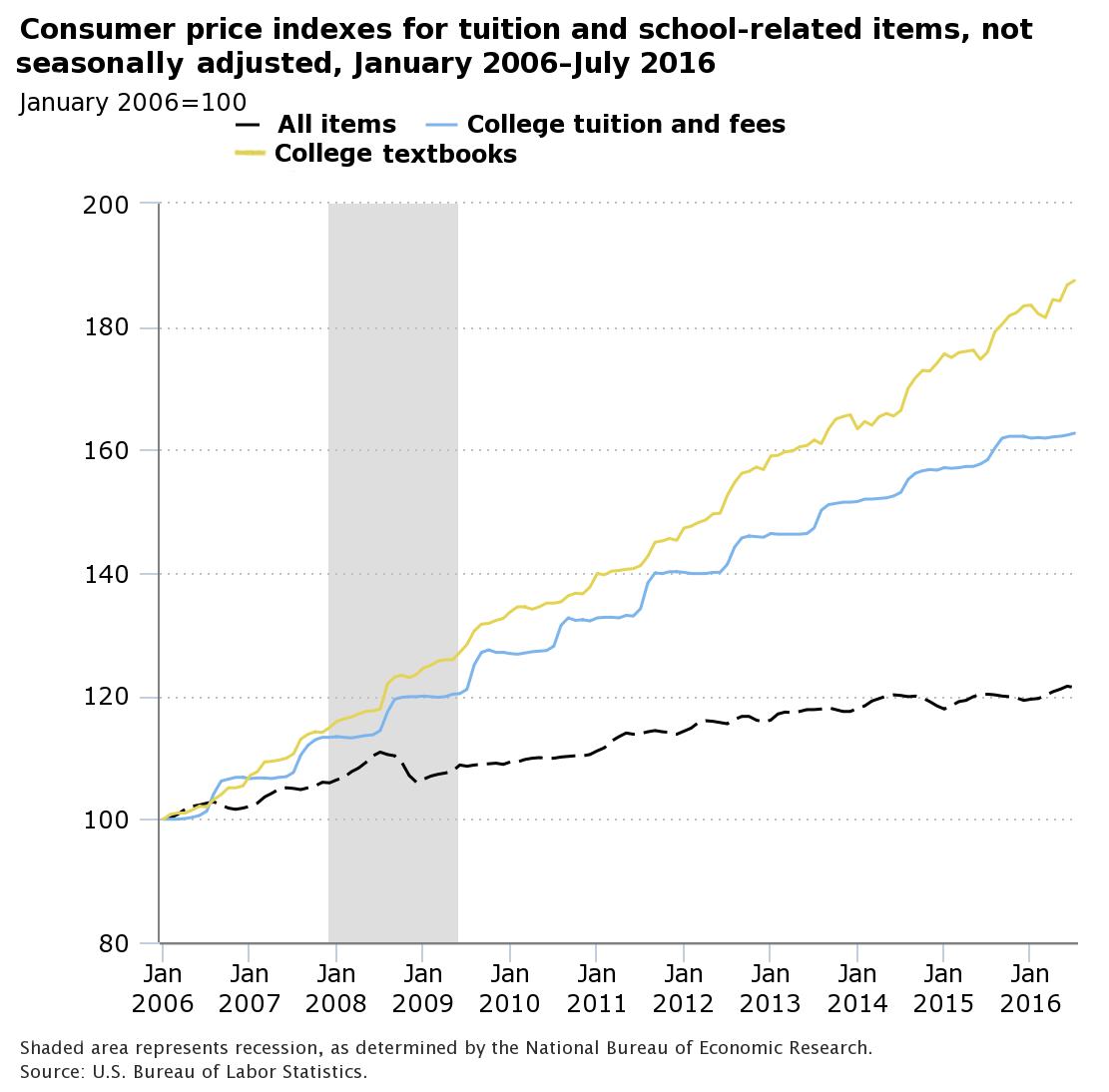 Bureau of Labor Statistics, U.S. Department of Labor, The Economics Daily, College tuition and fees increase 63 percent since January 2006 on the Internet at https://www.bls.gov/opub/ted/2016/college-tuition-and-fees-increase-63-percent-since-january-2006.htm

This CPI data shows that the cost of college textbooks has a significantly higher impact on students than even 10 years ago.  The paycheck of a student who is working their way through school will not go as far or purchase as many textbooks as they might once have.

The Importance of Affordable Textbooks

With their dollars not stretching as far, how does the increasing cost of textbooks impact students? Florida Virtual Campus surveyed students in Florida’s various public colleges and universities in 2012 and again in 2016 about textbook and course materials.3  These surveys collected data on the amount students spend on textbooks and the impact of these costs on students.  They found that students often attempt to reduce textbook costs through various means, including buying used copies, renting, borrowing from the library, or sharing with friends.

Additionally, one key takeaway from both surveys was the negative impact that the high cost of textbooks has on students’ access, success, and completion:

Not only do textbook costs significantly impact students’ course selection—influencing the number of and which classes they register for and if they complete a course—but it also impacts students’ grades, most likely because the students choose not to buy the textbook or resort to cost-saving measures, like sharing books among 2, 3, or more students.

If we can lessen or remove this financial burden, ensuring that students can obtain textbooks without concern for their cost, these negative impacts will similarly lessen and student success will increase.