This Reading Group is sponsored in part by the Texas Tech University Libraries.

Other LibGuides on N.K. Jemisin

The Zoom meeting link will be sent to registrants one week before each session.

Participants will be required to obtain a copy of the book at their own expense.

Please email blaine.grimes@ttu.edu if you need assistance with this. 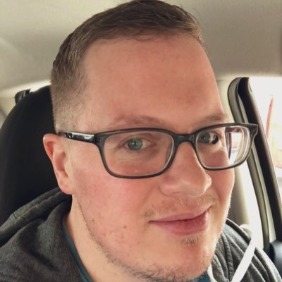 "Blake is a freelance writer, critic, and independent researcher in various fields including

horror culture, film, dementia, and other culture-related subjects. Most of his writing has

explorations  of culture. He received "Article of the Year" from Film Inquiry for his essay, "A

Violent System: How Marxism Is Making A Cinematic Comeback" in 2020. He wrote a l

read, twice) by John Cusack, himself. He, however, is currently expanding his writing

subject  base beyond film into politics, history, philosophy, and other subject matter."

Join our series of book discussions on The City We Became 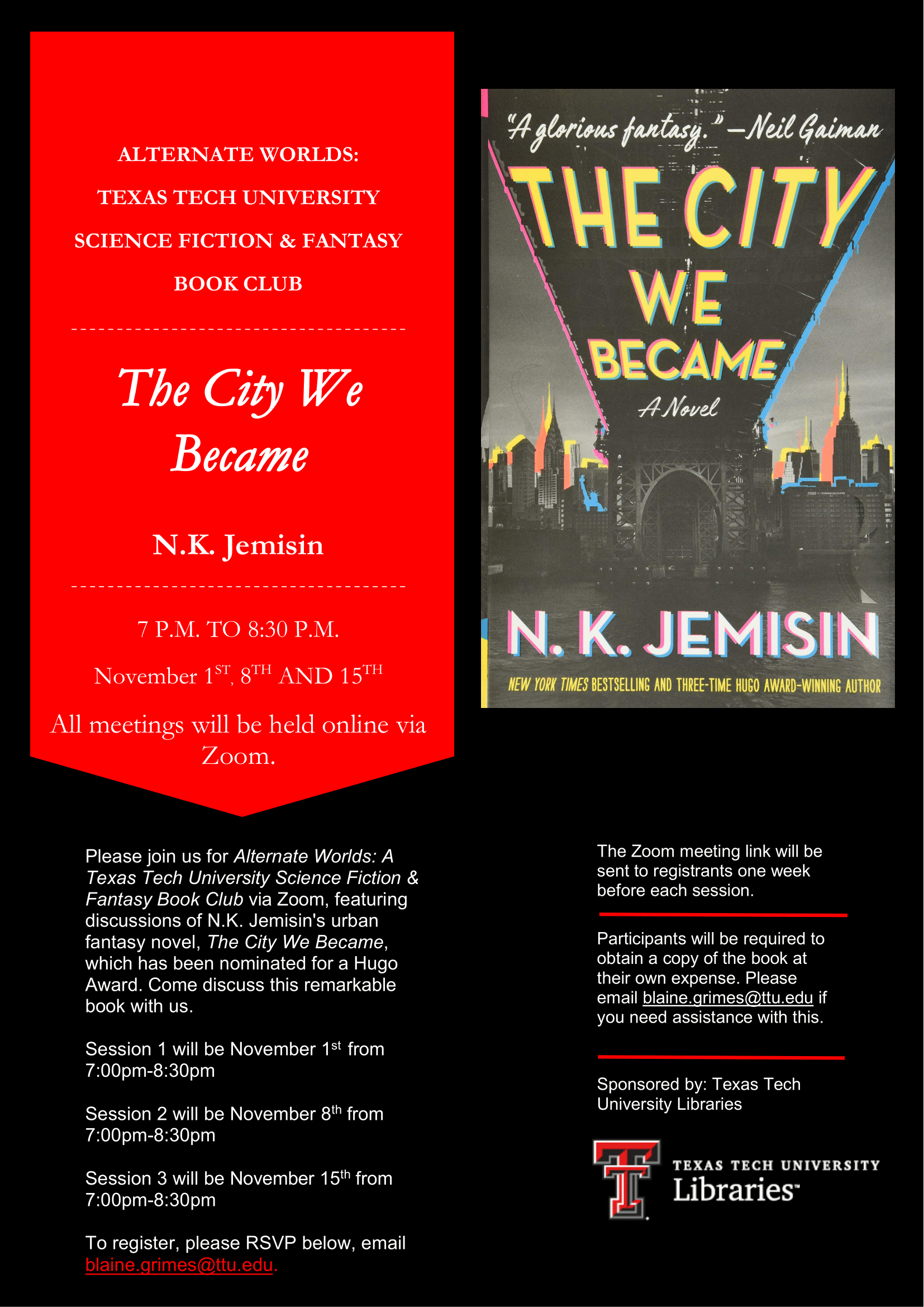 N.K. Jimsin    " Nora Keita Jemisin[1] (born September 19, 1972) is an American science fiction and fantasy writer, better known as N. K. Jemisin. She has also worked as a counseling psychologist. Her fiction includes a wide range of themes, notably cultural conflict and oppression.[2][3] Her debut novel, The Hundred Thousand Kingdoms, and the subsequent books in her Inheritance Trilogy received critical acclaim. She has won several awards for her work, including the Locus Award. The three books of her Broken Earth series made her the first author to win the Hugo Award for Best Novel in three consecutive years, as well as the first to win for all three novels in a trilogy.[4] Jemisin was a recipient of the MacArthur Fellows Program Genius Grant in 2020."

Books and DVDs available at the Texas Tech University Library

Books and DVDs available at the Lubbock Public Library

Note:  Also available are other titles by N.K. Jemsin in print, audiobook, ebook, and e audiobook.

The transition of H.P. Lovecraft:: the road to madness   FUIC LOVE